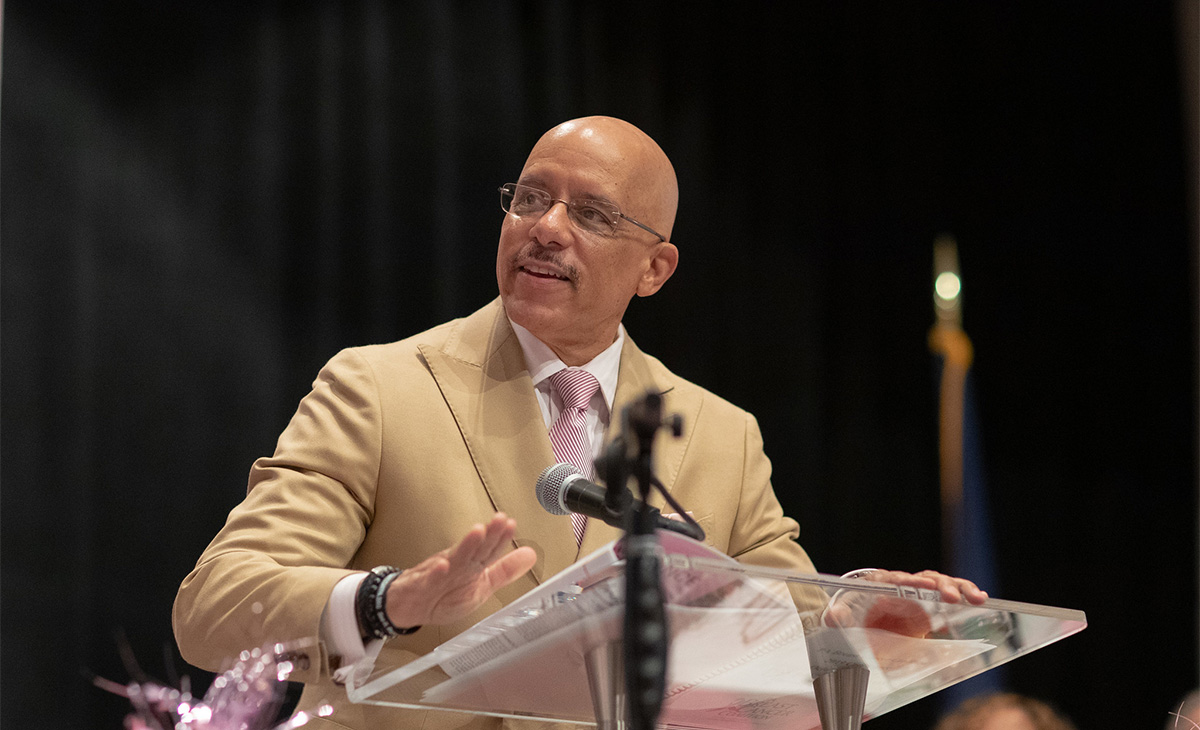 In the senator’s home city of Philadelphia, about 10,000 people seeking emergency housing are turned away annually, including many who are victims of abuse. Senate Bill 913 would help address the issue by creating the “Survivor-centered, accessible, fair and empowering” (SAFE) Housing Trust Fund, which would increase funding for domestic violence programs in order to expand efforts that help victims with transitional and permanent housing solutions.

“Establishing SAFE Housing Trust Fund is a necessary step in helping victims and survivors of domestic violence as they try to find their way forward out of traumatic situations,” Sen. Hughes said. “I have heard from victims, survivors and advocates who said we absolutely should be doing more to help those trying to escape abusive situations. I put forth this legislation because it is critical we support victims and survivors throughout the year, just as we do when observing Domestic Violence Awareness Month.”

Sen. Hughes met with domestic violence advocates in May, who helped emphasize the need to increase housing access for victims of abuse. Victims who attempt to flee abusive situations often face adversity when leaving, which may result in homelessness or being forced to return to an abusive situation due to lack of shelter space, the advocates reported.

The fund would receive an initial $1 million appropriation from the General Fund and would be sustained by a $10 fee on deeds and mortgages to be collected by the Recorder of Deeds. Proceeds from a voluntary check-off donation administered through PennDOT would also help sustain the fund. In total, the fund is expected to generate about $15 million annually.

The senator announced his proposal during National Domestic Violence Awareness Month, aiming to build on awareness efforts across the nation pushing to end domestic violence. A national survey found that 92 percent of homeless women report having experienced severe physical or sexual violence at some point in their lives, according to the National Resource Center on Domestic Violence. The same study found that more than 50 percent of homeless women report that domestic violence was the immediate cause of their homelessness.

The SAFE Housing Trust Fund would also provide resources for youth shelters. This would help homeless teens and young adults, ages 13-25, who are the primary targets for human trafficking and sexual victimization. Nearly 72 percent of homeless youth reported witnessing or experiencing some physical or sexual abuse at some point in their lives, and 53 percent reported being unable to seek refuge in a shelter because it was full, according to the US. Department of Health and Human Services.

Sen. Hughes has prioritized helping victims and survivors of domestic violence and abuse, leading the Pennsylvania Senate Democratic Caucus in its push for increased resources for domestic violence and rape prevention initiatives. The SAFE Housing Trust Fund is also a part of Sen. Hughes’ comprehensive policy proposals to improve access to fair, safe and affordable housing across the commonwealth. Visit Sen. Hughes website more information on his housing plan.