We must continue to honor Dr. King’s legacy by fighting poverty, economic insecurity in PA 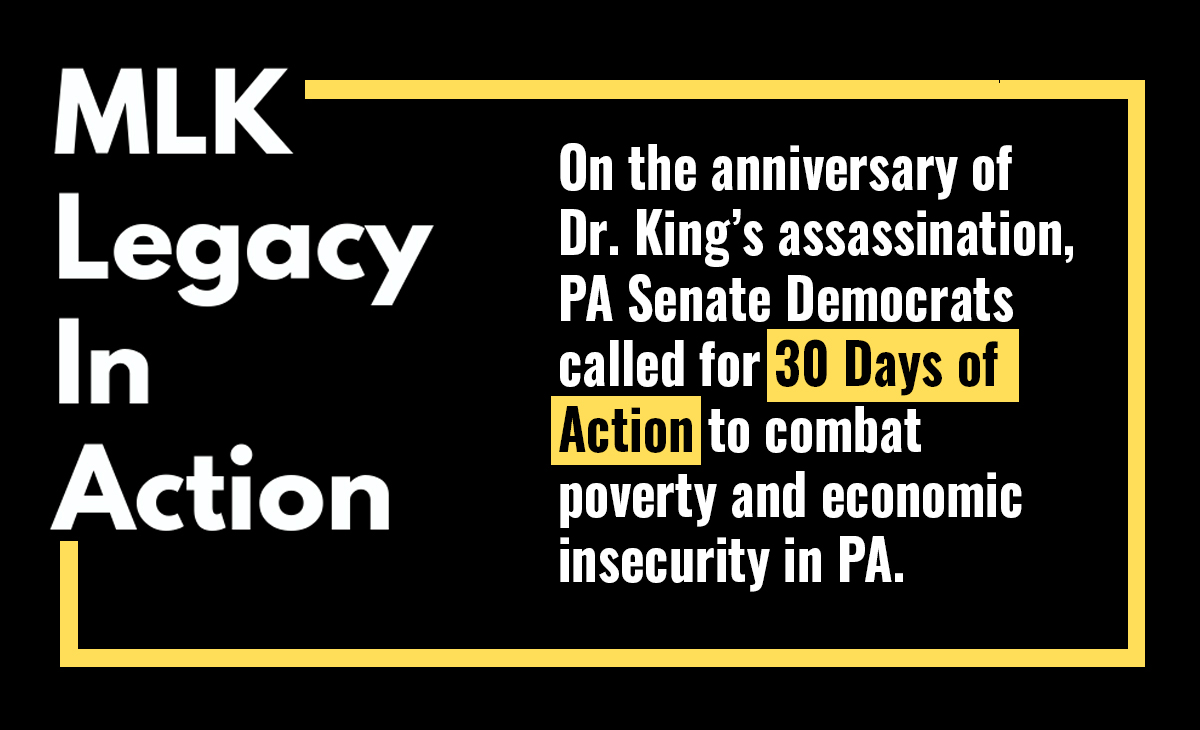 At the time of his assassination April 4, 1968, the Rev. Dr. Martin Luther King was in the midst of a fight for racial and economic justice across the U.S.

Dr. King had launched a national Poor People’s Campaign and was supporting a mostly black group of sanitation workers as they fought for better equality and better working conditions in segregated Memphis, Tennessee. The Sanitation Workers’ Strike ended shortly after Dr. King’s death. Workers were able to unionize and improve their working conditions. Unfortunately, the Poor People’s Campaign ended in June 1968 before Dr. King’s dream of economic security for all Americans could be realized.

Fifty-one years later, this nation boasts a larger middle class but the long-term issues that plagued poor people in Dr. King’s day linger. That must change.

To help honor Dr. King’s legacy and to address the issue of poverty across the commonwealth, Senator Hughes led the Pennsylvania Senate Democratic Caucus in a Call to Action on the Crisis of Poverty and Economic Insecurity. The 30-day campaign looked at the root causes of poverty and pushed for legislation such as the senator’s proposal to combat deep poverty in Pennsylvania.

Sen. Hughes and other senators stood with local activists and advocates to kick off the call to action Thursday, April 4, 2019, on the 51st anniversary of Dr. King’s assassination.

Members of the Senate Democrats also held events in Pittsburgh, Reading and Scranton before engaging in 30 days of substantive actions to help communities and people in need of support. During the 30-day call to action, legislation intended to improve the lives of PA residents struggling economically was pushed in hopes of moving communities across the commonwealth forward toward economic security.

The caucus gathered for a screening of the 1971 documentary “Keep Your Trash,” hosted by the Senate Democrats on April 30. The film depicts the Memphis Sanitation Workers’ Strike and Dr. King’s final days fighting for poor and working class people.

On May 3, Sen. Hughes will tour Philadelphia neighborhoods in the district. Senator Hughes strives to live out Dr. King’s legacy daily and has proposals to address poverty immediately and long-term, so that we can rid Pennsylvania of the intergenerational poverty that has plagued the U.S. throughout its history. 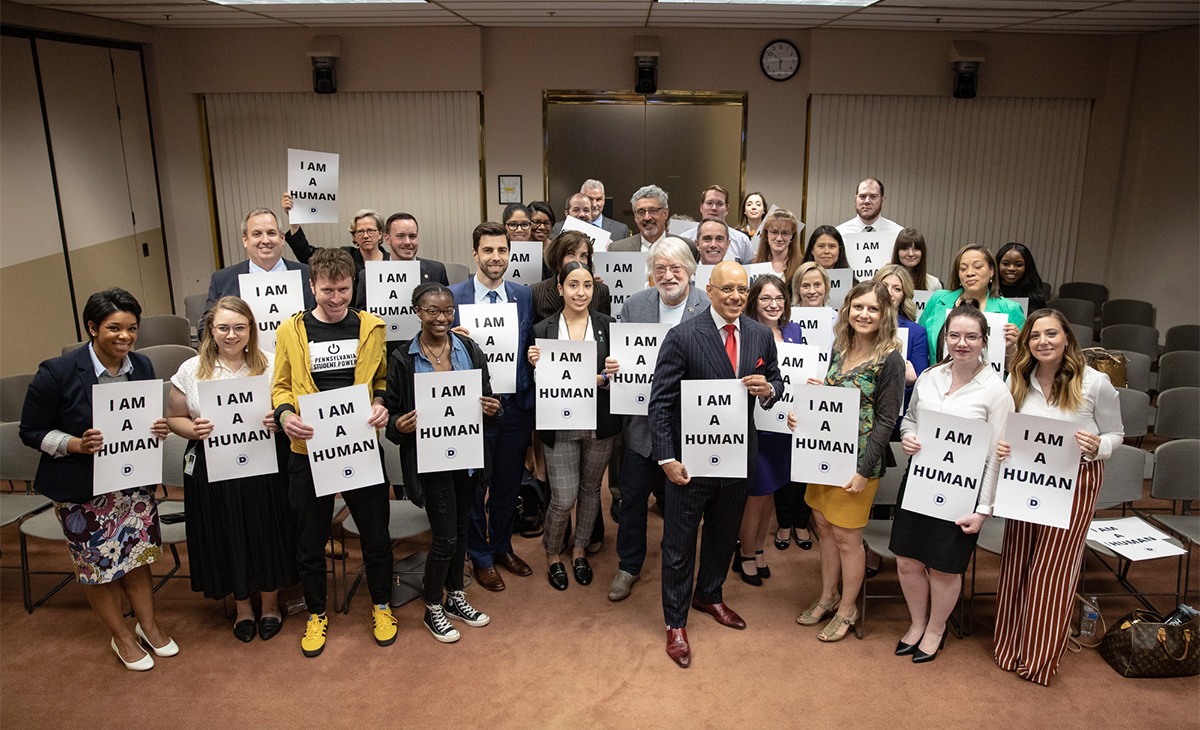