Today, we honor the anniversary of Thurgood Marshall’s Senate Confirmation to the US Supreme Court 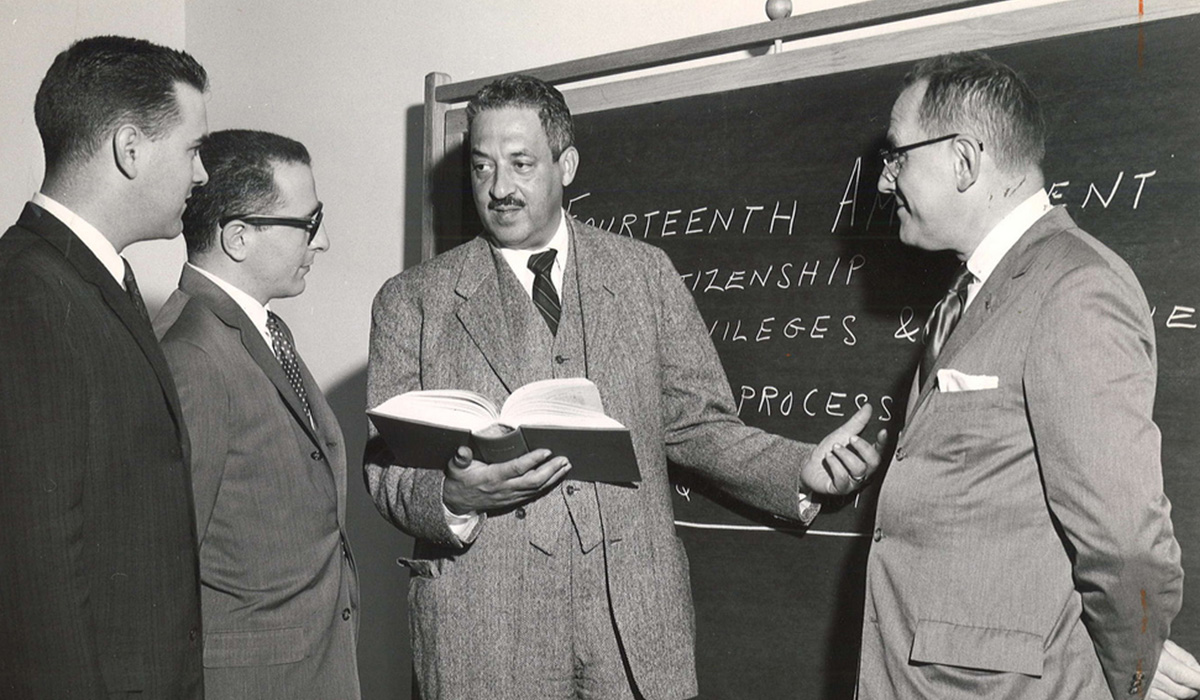 On this date 51 years ago, the U.S Senate confirmed Thurgood Marshall, paving the way for him the be the first African American to serve on the nation’s Supreme Court.

Marshall had already proven his legal prowess prior to his confirmation, winning more cases in front of the U.S. Supreme Court than anyone else (29-3). His most famous victory came in the landmark case, Brown v Board of Education, in which the Supreme Court ruled that “separate but equal” public education was unconstitutional.

His dogged legal fight for equality is just as relevant today as it was in a courtroom in 1954 and we honor him for teaching our living warriors how to fight. His example serves as a reminder that we can win our fight today and reach the levels of excellence his spirit inspires.