The fight for a 21st century education for every student takes a walk!

On Monday August 19, Senator Hughes and the Rev. Gregory Holston, executive director of POWER Interfaith, marched from historic Overbook High School in Philadelphia to the modern marvel that is Lower Merion High School in Ardmore. The purpose of their 3.5-mile journey was to shed light on the worlds of differences between two public high schools separated by a mere 8,000 or so steps.

Overbrook lacks a grand library, science labs with running water, functioning art a music rooms and a modern auditorium for various performances and functions. The average of instructional expenditures per student at Lower Merion is more than double the rate at Overbook.

Overbrook isn’t the only school lacking the necessary resources. Children in Philadelphia are stuck attending toxic schools full of lead, asbestos, and mold. Many more across the commonwealth endure similar conditions in buildings that are crumbling and in serious need of repair.

Lower Merion isn’t at fault for providing for their students. In fact, what they have should be an example for all schools in the commonwealth. But for us to make that a reality, we have to address the funding formula that endures as a legacy of racism.

Senator Hughes and Rev. Holston are hopeful their #MoralMarch sheds light on the inequities that reward or punish students based on the zip code where they live. They are fighting for major school infrastructure dollars and a funding program that allows every school to provide a 21st Century education! #FairFundingNow #NewDeal4NewPA 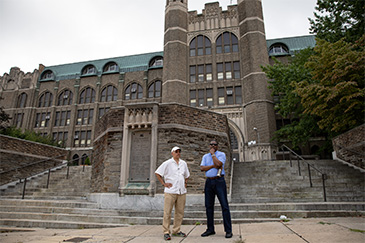 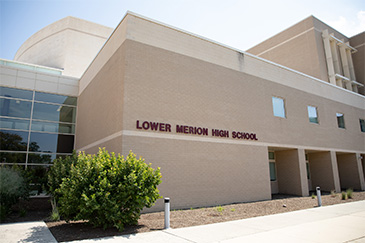