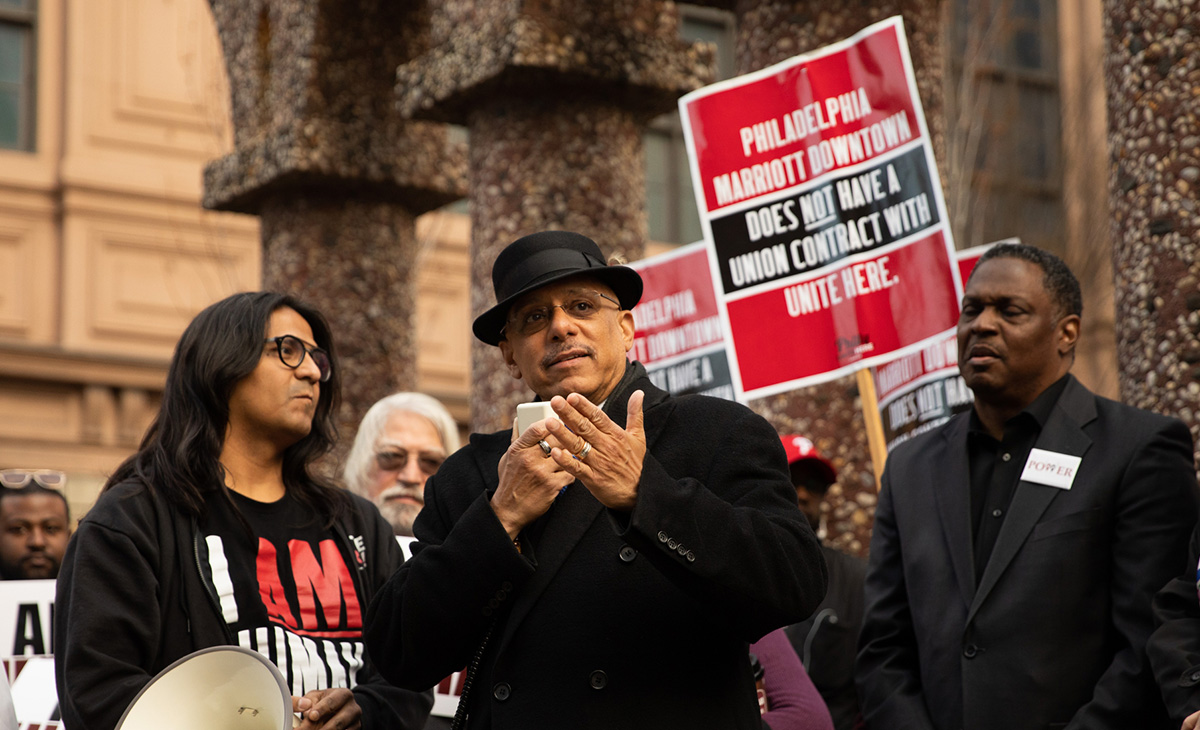 Marriott workers across the nation and in Philadelphia have protested as lack scheduled hours, which makes it make it difficult for workers to support their families, as well as unfair fees assessed to members of the Marriott Employees’ Federal Credit Union. Thursday’s efforts were a call for changes to improve conditions for Marriott employees and support their bid to ensure a fair process through UNITE HERE.

“The attacks on organized labor have given businesses a license to exploit workers for long enough,” Senator Hughes said. “We stand with the hotel workers and those doing their best to support themselves. These people are asking for respect and a fair process. We have to help them make that a reality.”

The prayer vigil and call to action took place on the 51st anniversary of the assassination of the Rev. Martin Luther King, who was gunned down in Memphis, Tennessee as he was launching a national Poor People’s Campaign and standing with sanitation workers in Memphis fighting discrimination and poor working conditions.

“On the anniversary of Rev. Martin Luther King Jr.’s death it’s recognized that he was assassinated while standing with workers who wanted economic justice. Today 400,000 Philadelphians live in poverty, and 70% of the city’s population do not make a family-sustaining wage. As people of faith we stand in the tradition of Dr. King with workers fighting for a fair process and a living wage.”

Senator Hughes is leading the state Senate Democratic Caucus in a collective call to action over the next 30 days. The Call to Action on the Crisis of Poverty and Economic Insecurity campaign began Thursday statewide. 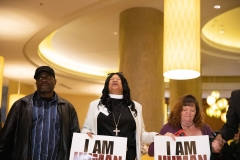 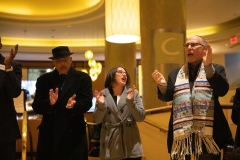 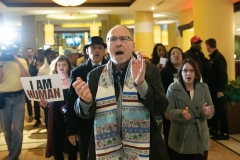 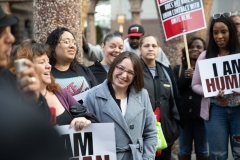