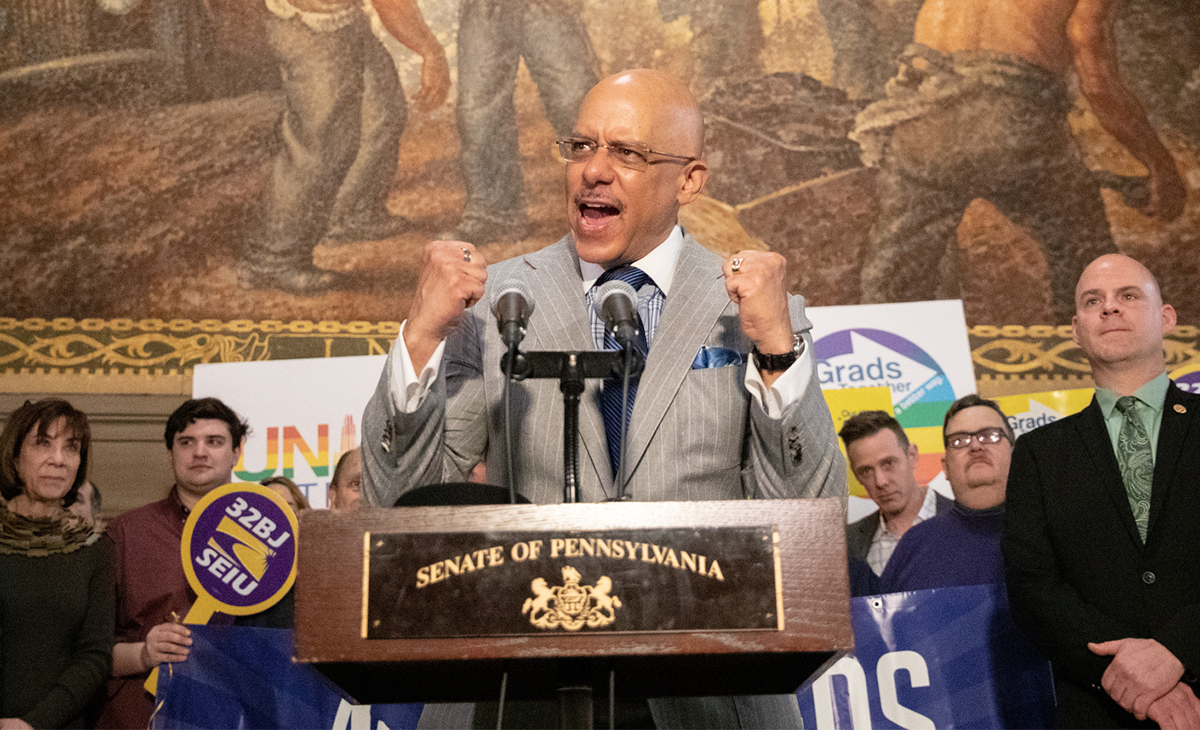 The Workplace Freedom Act legislation protects Pennsylvania workers by strengthening collective bargaining in two ways. First, it eliminates the requirement for a two-tiered election process by allowing for a simple card check where expressing majority support would be sufficient. Second, it requires access to certified unions to new employees so that union membership benefits can be clearly explained.

“I get really fired up when someone says ‘I’m not anti-union. I love those building trades. I just don’t like public sector unions,’” said Senator Williams. “But that isn’t how being pro-union works. First, an injury to one is an injury to all. Second, the statement that ‘I don’t like public sector unions’ vastly discounts the wide variety of public sector workers represented by unions, including our firefighters, 911 operators, police officers, Fish and Boat Commission officers, and even public works employees, electricians, and carpenters at government agencies across the Commonwealth.”

“Unions have long helped workers earn better wages, health care, safety and retirement benefits, which is why we want to ensure unions can continue to work for future members,” Sen. Hughes said. “Pennsylvania workers have seen their greatest gains through the negotiating power of the unions and will not tolerate further erosion of these critical institutions that put worker benefits first.”

“It’s time for elected officials to take a stand,” said Senator Costa. “Working families need elected leaders to stand up to attacks on union rights, and instead create more opportunities for Pennsylvanians to have the freedom to join and form unions. That’s why I’m signing on to the PA Workforce Freedom Act.”

###
We cannot display this gallery