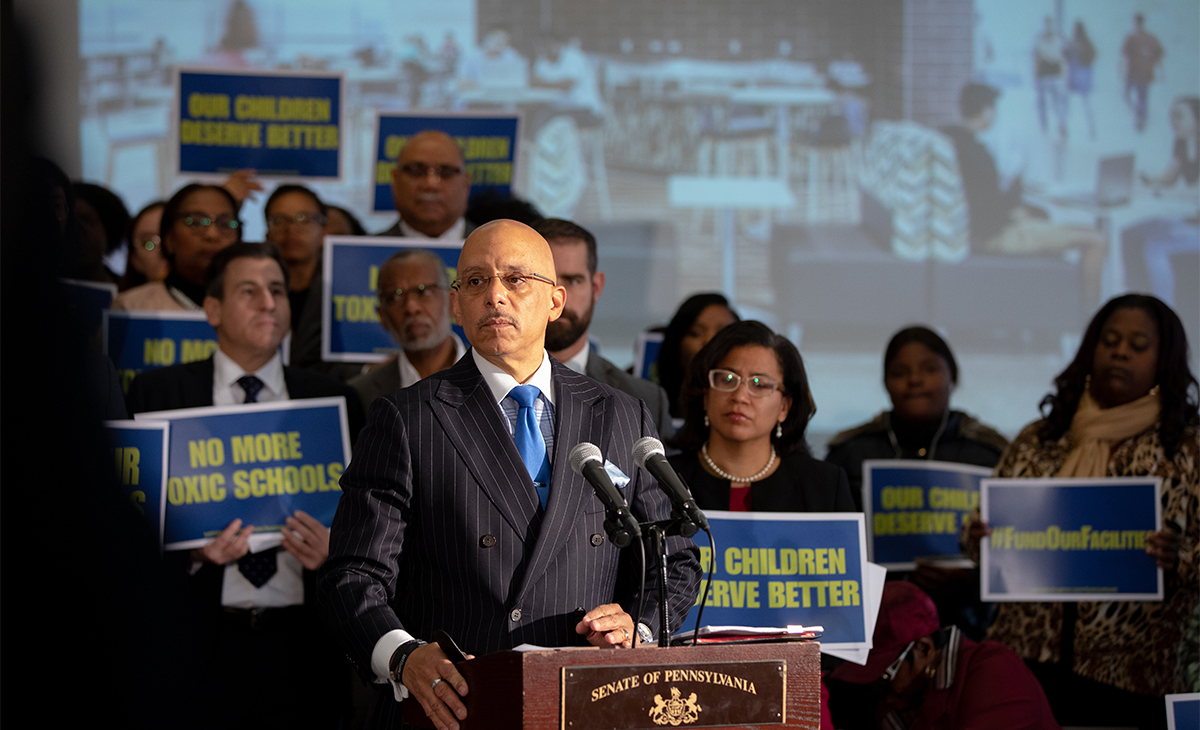 PHILADELPHIA – December 20, 2019 – Following the fifth and sixth closures of Philadelphia schools as a result of health hazards, State Senator Vincent Hughes (D-Philadelphia/Montgomery) called on Gov. Tom Wolf to direct state funding to address the issue of chronic underfunding of public school infrastructure in his home city of Philadelphia and across Pennsylvania.

After calling and speaking with Gov. Wolf about the issue, Sen. Hughes sent an open letter to the governor Friday afternoon. The conversation and letter came in the wake of closures at McClure Elementary and Carnell Elementary on Dec. 19, when exposed asbestos was discovered throughout the building. Ben Franklin High, Science Leadership Academy, T.M. Peirce Elementary and Franklin Learning Center had previously been shut down because of similar environmental concerns. The closures have displaced 3,600 in Philadelphia schools in the 2019-20 academic year.

“We were fortunate that these most recent discoveries happened during the holidays, otherwise we would be dealing with yet another situation where we have to pull our children out of school to keep them safe,” Sen. Hughes said. “I have said this is a public health crisis that cannot be ignored, and the growing number of closures as a result of environmental hazards is unfortunate proof of the dire straits we face.”

Pointing to school districts in Johnstown, Allentown, Clairton, Scranton and Harrisburg, Sen. Hughes said it is critical the issue be acknowledged statewide. He praised Gov. Wolf for his commitment to increasing basic education funding but said the crisis of Pennsylvania’s school infrastructure cannot wait until the next budget.

Sen. Hughes recently made a call to action in Philadelphia to address school infrastructure issues. He also joined Rep. Elizabeth Fiedler (D-Philadelphia) for a Harrisburg rally to clean up toxic schools.

You can read the senator’s full letter here. Visit senatorhughes.com/toxicschools for more on the public school infrastructure crisis. 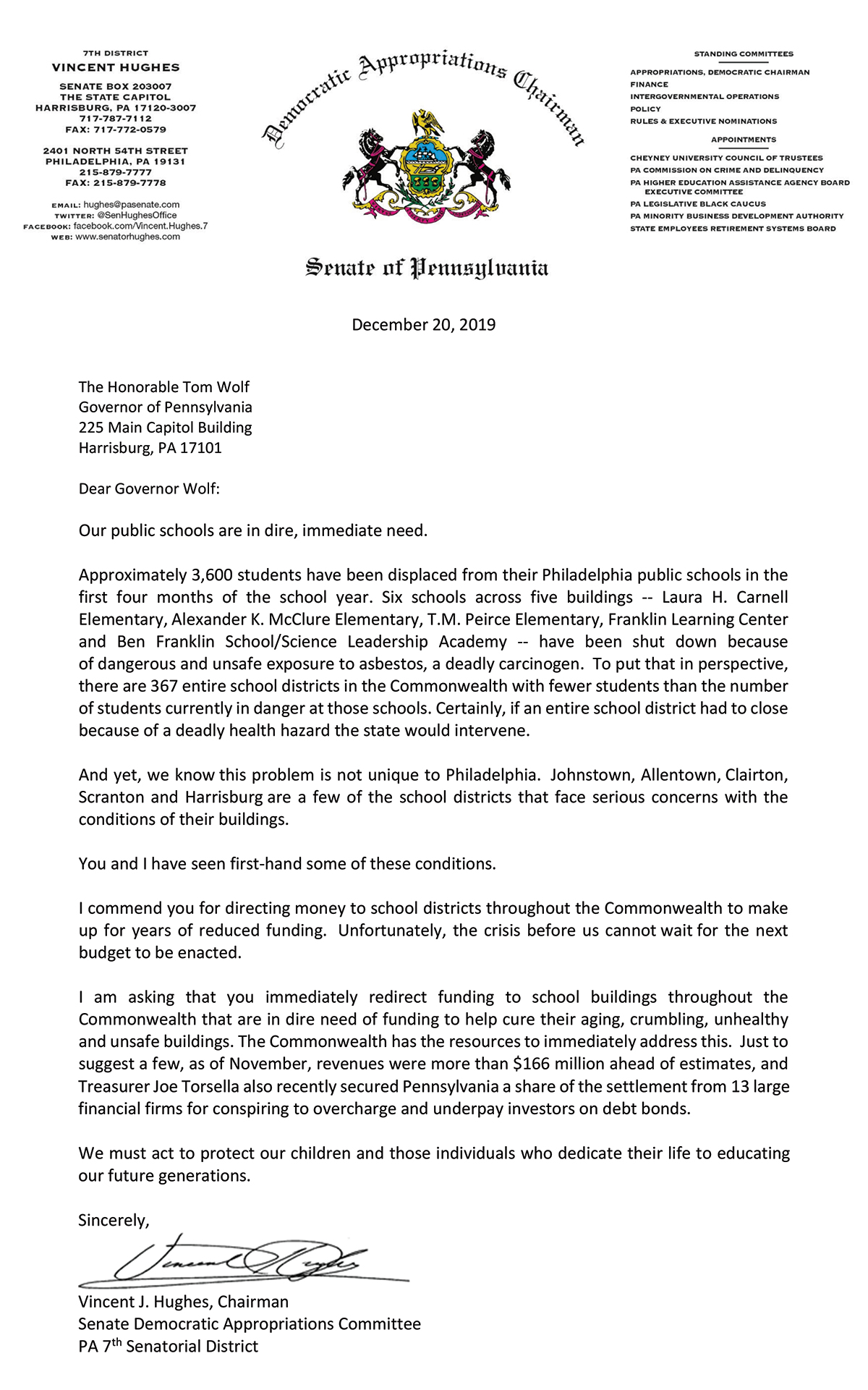