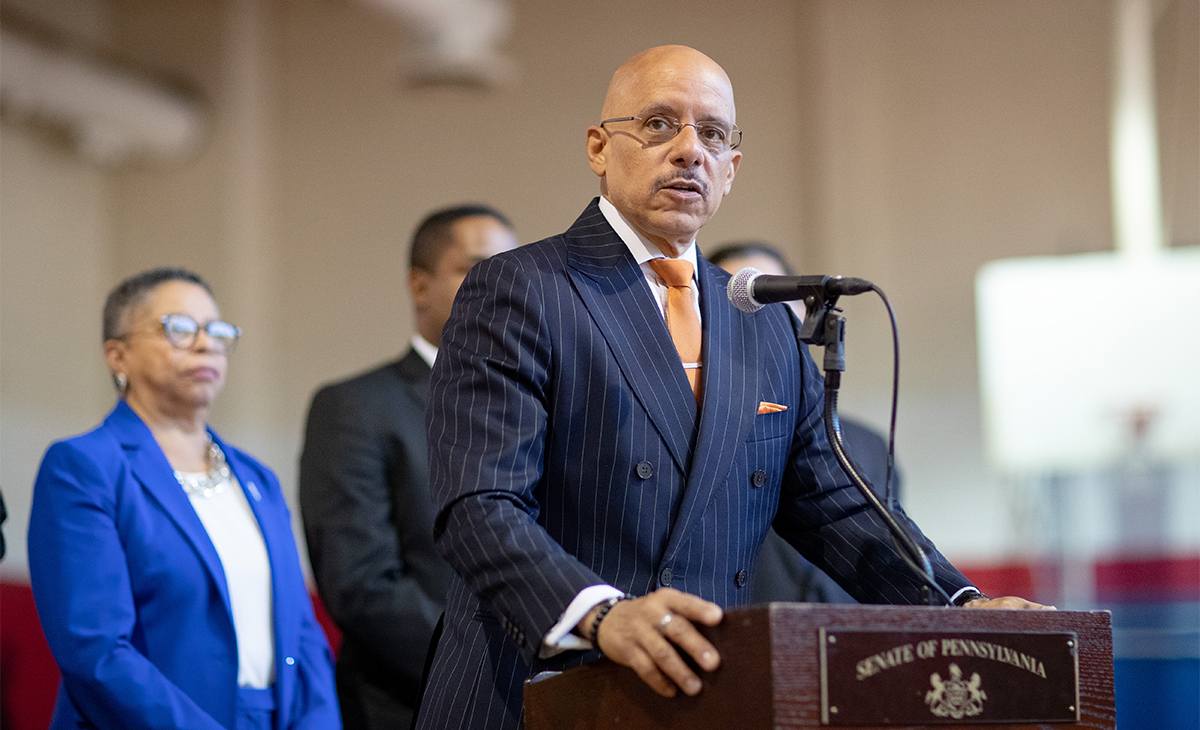 HARRISBURG – January 23, 2020 – State Senator Vincent Hughes (D-Philadelphia/Montgomery) recently submitted public comment to the federal government, opposing the proposed changes to the Community Reinvestment Act (CRA) recommended by the Office of the Comptroller of the Currency (OCC) and the Federal Deposit Insurance Corporation (FDIC).

The proposed changes would weaken protections from 1977 act that was created to ensure the banking and credit needs of communities are met, following years of lending discrimination in America. Aside from voicing his displeasure with the proposed changes, Sen. Hughes has introduced Senate Bill 800, which would establish a Pennsylvania Community Reinvestment Act, addressing housing discrimination in the commonwealth.

“This is yet another example of the current federal administration attacking critical policy intended to help underrepresented populations,” Sen. Hughes said. “In my city, modern-day redlining has reared its ugly head and kept black and brown people out of homes. The same is true in many other cities across our nation. Now is not the time to weaken the Community Reinvestment Act or adopt a one-size-fits-all approach. We must be vigilant in addressing housing discrimination and the deep effects of segregation.”

A 2018 report from the Center for Investigative Reporting found that banks have been shutting the door to home ownership on people of color. Philadelphia was one of the cities with the worst record of housing discrimination, prompting Sen. Hughes to work with Attorney General Josh Shapiro in a search for meaningful solutions to the modern-day redlining crisis. Aaron Glantz, the author of the report, recently submitted testimony to Congress and explained the significant problems with weakening the CRA.

You can read the senator’s full letter here. 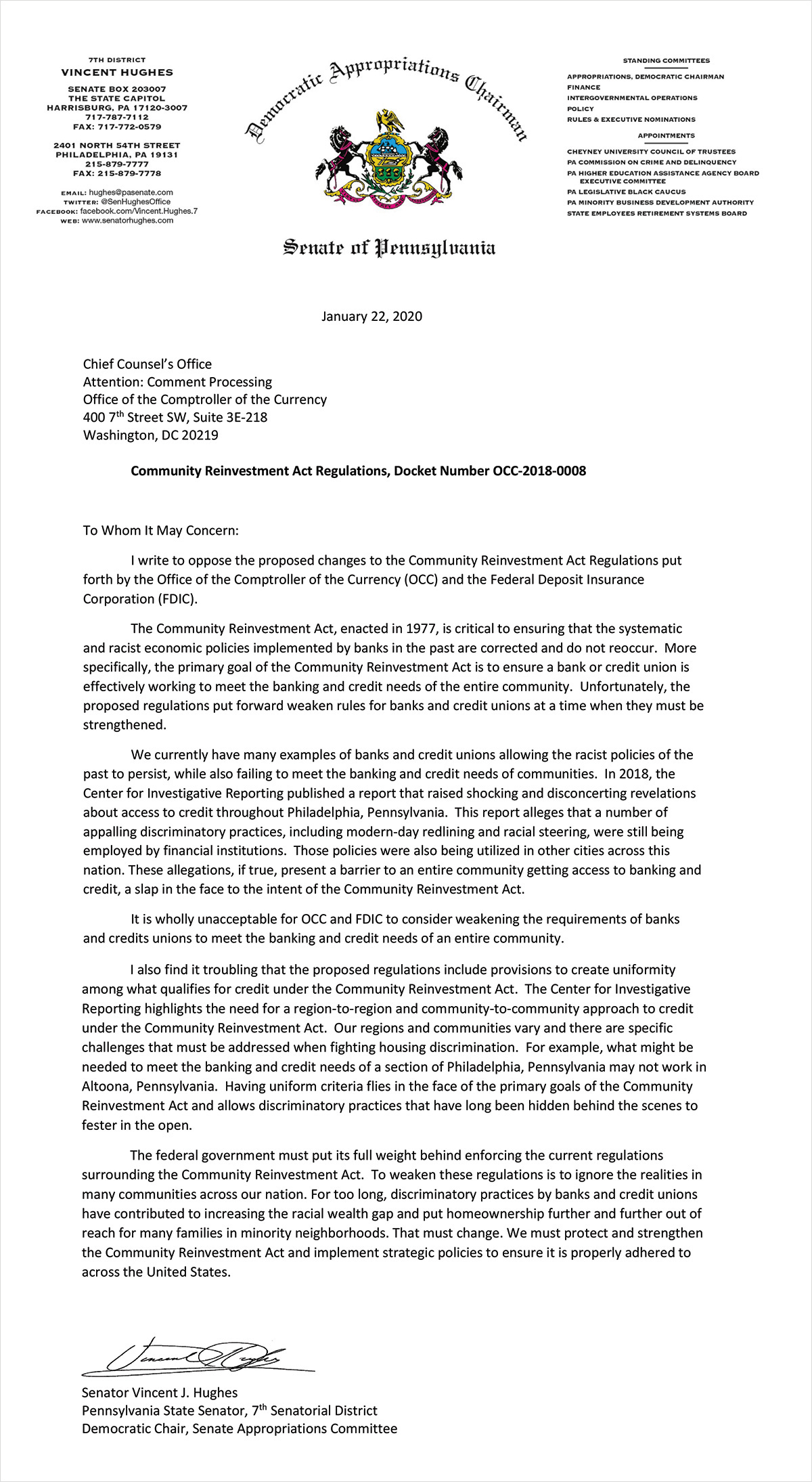