PHILADELPHIA, June 29, 2018 – The $15.6 million investment to help eliminate threats from lead, asbestos and mold in Philadelphia schools announced today by Gov. Tom Wolf, state Sen. Vincent J. Hughes (D-Philadelphia), other local and state elected officials, and school district officials is an “excellent beginning and a down payment for our children’s future,” according to Hughes.

“The more than $15 million investment that begins the cleanup of health risks in Philadelphia schools is long overdue and it’s a huge win for our children,” Hughes said.  “We need to do all we can to address health threats, improve conditions and create an exceptional learning environment.

“The governor and the school district have made this investment happen and they should be congratulated for their work, but we are not finished in finding even more resources to help our children. Today, let’s celebrate this wonderful investment in our children’s future; tomorrow, let’s get back to work and finish the job.”

Hughes, along with the governor and school district officials, participated in a morning news conference today at Roosevelt Elementary School in Philadelphia.

“I would like to thank the Philadelphia Healthy School Coalition for their intimate knowledge and advocacy. I want to stress that they and other parent, community, and union members be fully involved in the oversite of both the short term andlong term efforts to bring 21st century practices into the environmental conditions of our schools.”

According to the governor and Hughes, the funds for the remediation of the health threats will come from two resource pools.  The state is contributing $7.6 million for lead remediation and abatement while an additional $8 million is being released by the School District of Philadelphia.

The funding from the school district will be targeted to remove asbestos and mold from school buildings.  It is expected that the funds will help fund 59 projects in 57 Philadelphia schools.

“Our children are the big winners today,” Hughes said.  “I’ve long been a proponent of investment in schools and have called for action on the state and local levels to address dilapidated schools and intolerable conditions in education facilities.”

During state budget hearings earlier this year, Hughes highlighted the need for repairs and called on students, faculty, administrators and others to take pictures of deplorable conditions.  In late May, the senator asked that pictures of unhealthy conditions be posted to social media using the hashtag #MyPhillySchool to highlight the harsh reality many students in Philadelphia face.

“This emergency funding will help rehabilitate school buildings and create safe, healthy conditions for learning in the short term,” Hughes said.  “With Governor Wolf’s continued support, along with backing from the school district, we can make a real difference and clean up serious health issues moving forward.”

Hughes said he was struck by the passion and commitment of students from Cassidy Elementary School when they came to him with pleas to help improve the conditions of their school.  He said that media reports were useful in highlighting the problems.

“There is a lot of ground to cover and more work to do to ensure that all health threats are eradicated in our schools,” Hughes said.  “Today’s announcement is an excellent beginning and a down payment for our children’s future.”

A report in January of 2017 revealed that Philadelphia school buildings needed $5 billion for rehabilitation.  A total of 12,000 repairs were cited in the report. 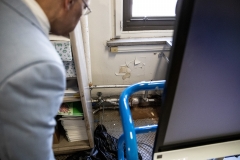 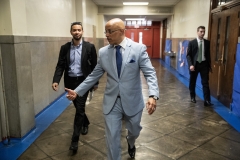 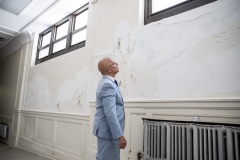 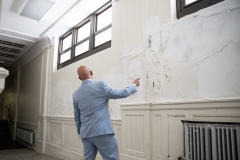 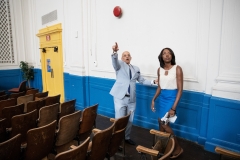 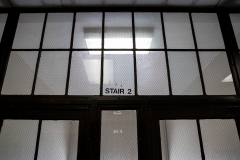 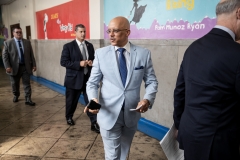 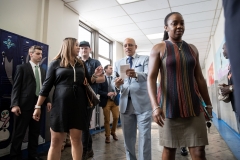 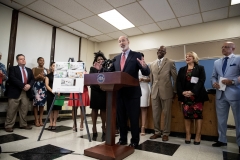 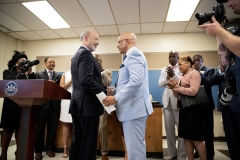 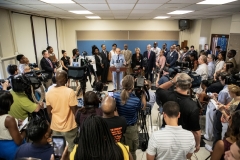 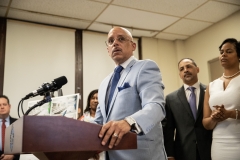 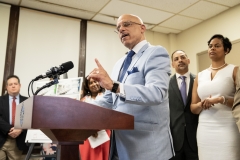 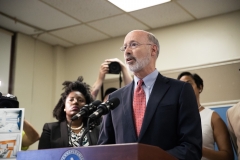 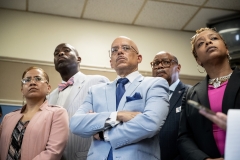