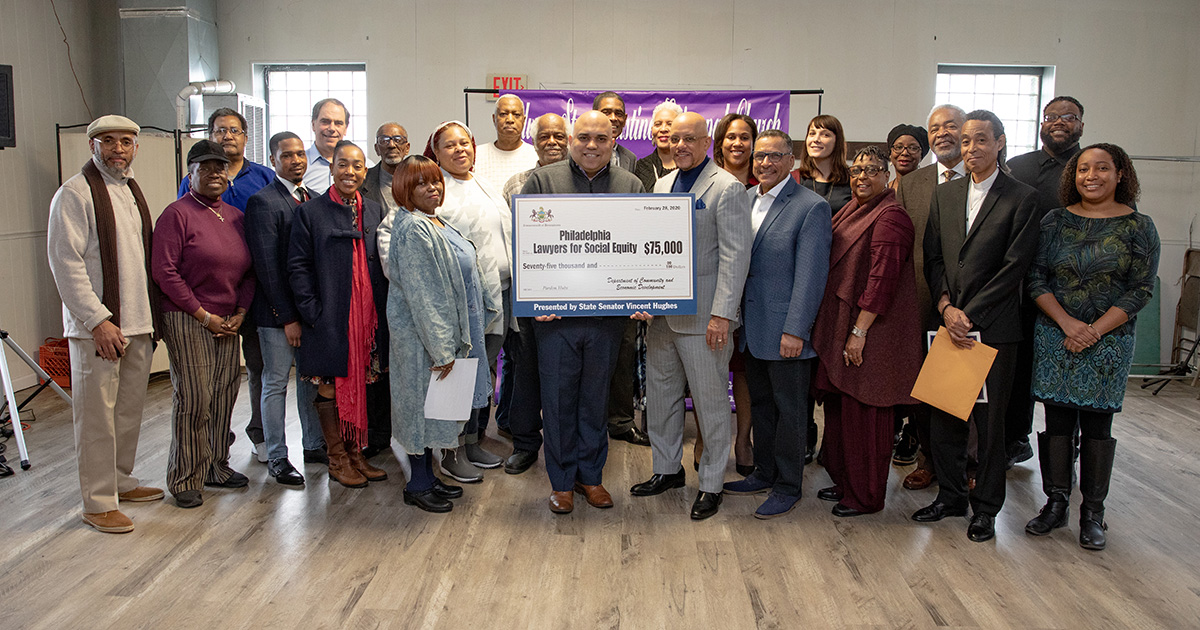 The grant, administered by the Department for Community and Economic Development (DCED), will help PLSE train community organizations and volunteers so they can help residents with criminal records in their past to apply for pardons and a fresh start for themselves and their families. The senator announced the grant at Calvary St. Augustine Episcopal Church Friday alongside stakeholders, community members and criminal justice advocates.

“We must continue to invest resources in criminal justice initiatives, especially those that are focused on rehabilitating those who have been through the system,” Sen. Hughes said. “I am pleased that these Pardon Hubs will help empower our communities and help uplift people with criminal records in their past, so that they can apply for pardons and begin a fresh start for themselves and their families.”

PLSE will train 15 well-established, community-based non-profits in low-income/high arrest neighborhoods to be “Pardon Hubs” – resource centers that can help neighbors fill out pardon applications. Using a “train the trainer” approach, PLSE expects to train at least 10 “Pardon Coaches” per Hub so they can help applicants tell their stories about how they have been rehabilitated and deserve a second chance. Each Hub will also have informational flyers giving practical advice, plus access to a video library where people who have gone through the pardon application process share what they learned.

“A Pardon Hub and the possibility of getting a full pardon from the Pennsylvania Pardons Board would have a dramatic effect on my life,” said Evan Figueroa-Vargas, a PLSE Pardon Project Steering Committee member and current pardon applicant. “It can change the trajectory of my life. This (grant) is also going to create opportunities for other people going forward who are in the same position.”

PLSE provides free legal representation to low income residents of Philadelphia whose criminal records are holding them back from achieving their potential as productive, contributing citizens. The services include seeking expungements in criminal court and pardons from the Governor, educating elected and community leaders, creating community-based Pardon Hubs, and empowering under-resourced communities to seek a greater voice and needed systemic reforms. PLSE is a recent recipient of the Barra Award as an Exemplary Non-Profit Organization.

“For almost a decade, PLSE has been the statewide leader in expunging criminal records,” said Ryan Allen Hancock, chair of the PLSE Board of Directors.  “The reforms made over the past year by the state Board of Pardons, under Lt. Governor Fetterman’s leadership, have put that goal within reach for hundreds of thousands of Pennsylvanians. We cannot thank Senator Hughes enough for his commitment to this very important goal.”