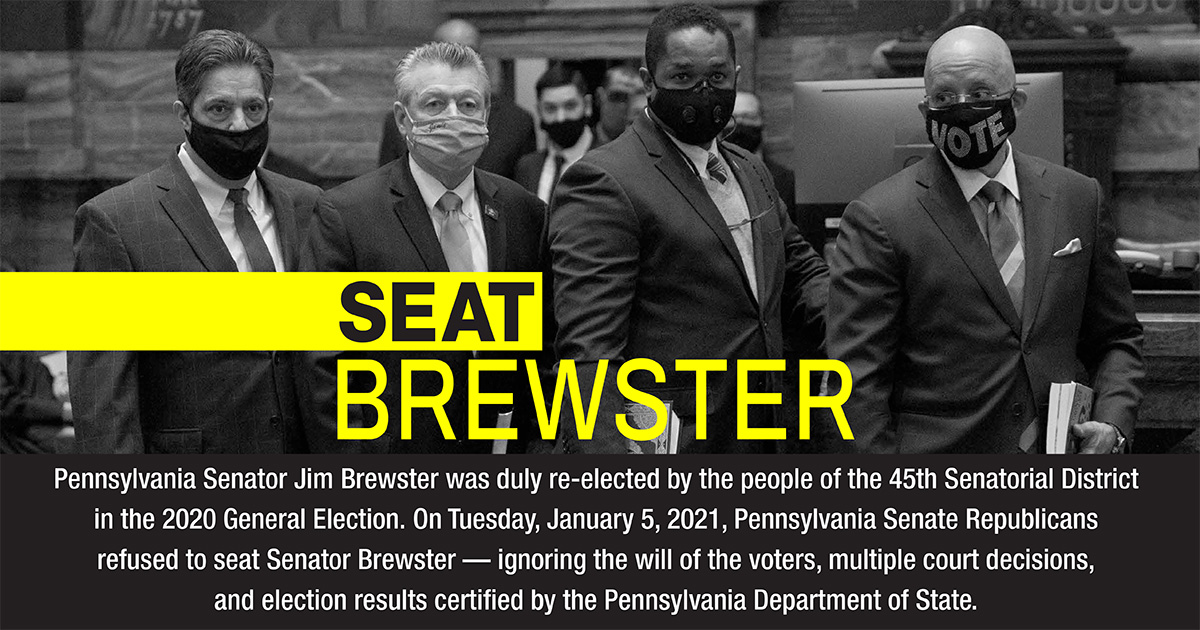 I was shocked, appalled, angered and saddened by what happened this week on the Senate floor.

My colleague, Senator Jim Brewster, won reelection in Pennsylvania’s 45th Senatorial District and was denied his seat earlier this week. Pennsylvania Senate Republicans insist upon delaying the swearing-in process for Senator Brewster, despite the voters electing him, the results of the election withstanding the test of Pennsylvania and federal courts, and those results being certified by the Pennsylvania Department of State.

Sign the petition and pass it on for others to join in the movement for democracy and to #SeatBrewster.

The Pennsylvania Senate Republicans’ unprecedent actions this week, which included removing Lt. Gov. John Fetterman from presiding over the state Senate, are a permanent scar on our legislative body. Their actions amount to suppression of the 66,261 voters who voted for Brewster, but also a blatant disrespect for Senate Rules, our courts and Pennsylvania’s Department of State.

This has been a tumultuous week in Pennsylvania and in Washington, D.C. and much of the tension can be attributed to Republicans refusing to accept the results of free and fair elections. I cannot overstate how dangerous the majority’s actions were this week in the Pennsylvania Senate. They are Trumpian in their nature and that led to insurrection at our nation’s capital.

Sign the petition and pass it on for others to join in the movement for democracy and to #SeatBrewster. I also encourage you to keep hope alive as we transition into a new federal administration and push for legislative change in the Pennsylvania Senate.