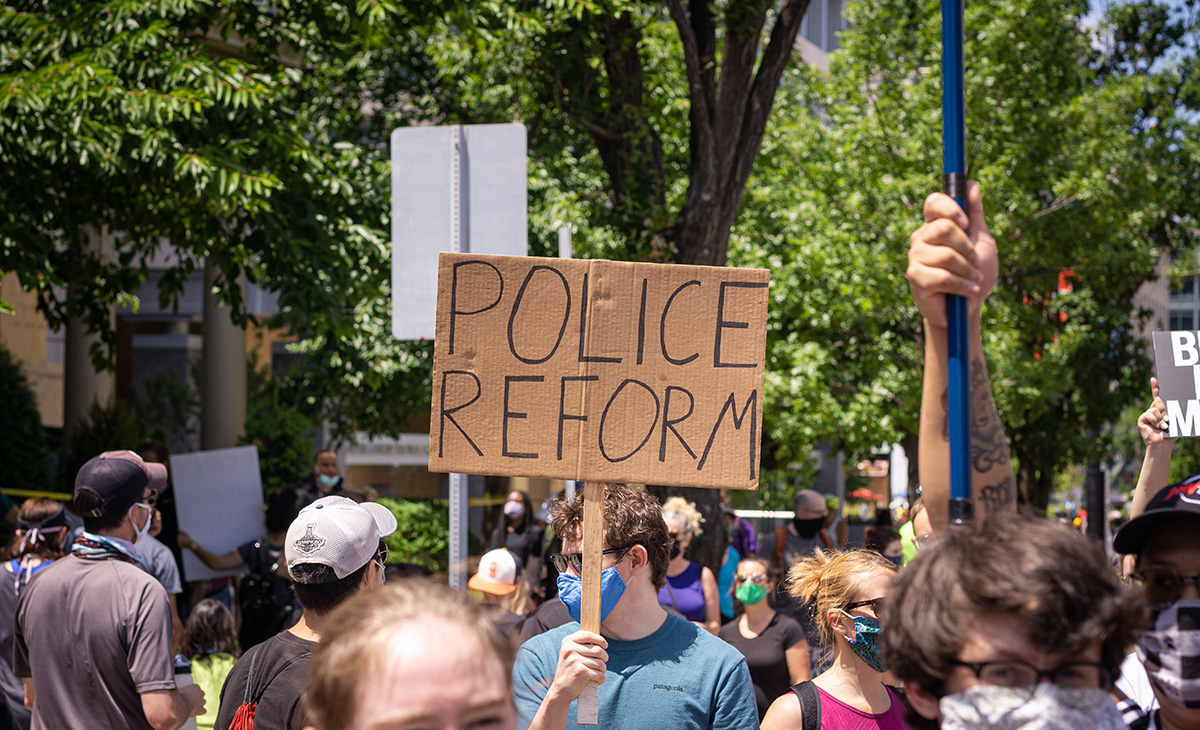 HARRISBURG – June 10, 2020 – Today, members of the Pennsylvania Senate Democratic Caucus announced plans for a comprehensive package of legislation to reform policing in Pennsylvania.

Two years ago, members of the caucus introduced police and community relations reform bills in the wake of Antwon Rose’s death, but those bills did not move. George Floyd’s murder, caught on tape, has awakened national attention and brought to light systemic racism in our criminal justice institutions.

“For many of us, the murder of George Floyd served as the latest reminder of the history of bias and racism in policing. I am proud to stand with my colleagues in the Pennsylvania Senate Democratic Caucus and offer a comprehensive platform to address police reform in the commonwealth. As a part of that platform, I am introducing legislation that would create more explicit and just standards for use of force, as well as measures to help curb false police reports based on race.

Further, I also intend to introduce legislation to request racial impact statements on all legislation passing through the general assembly. Our goal should be to address systemic inequalities beyond policing, which is why it is critical we examine the role race and ethnicity play in the policies we create prior to them being enacted. We must respond to the cries for justice by providing policy solutions to support the issues raised in peaceful protests across the globe.”

The bills to be introduced by the Senate Democratic Caucus will:

Details on each of those proposals are included here.

The Senate is expected to review several police reform measures in its Judiciary and Law & Justice Committees in hearings and voting meetings during the month of June.

The Senate Democratic caucus has taken a clear, hard stand against hate and racism in a joint statement that is backed up by their policy proposals announced today.

Like many of you, we in the Pennsylvania Senate Democratic Caucus are struggling with the death of George Floyd and working to understand what equity is and how it is understood by different people. The events in Minneapolis unfortunately represent a pattern of violent incidents resulting from the fundamental misunderstanding of what equity means: from the lynching of Emmett Till to the beating of Rodney King to the shooting of Breonna Taylor, Tamir Rice and Trayvon Martin. All were victims of an unjust and unequal society that fails to see the humanity of every person regardless of their race or ethnicity.

As a nation, we will never be able to deliver equity or justice to a family or a community if we do not understand their lived experience. Feeling the same moral outrage after witnessing multiple similar events over the last few years, many of us joined you in the streets for peaceful protests and calls to action. Unfortunately, many of us have also witnessed these peaceful and Constitutional gatherings turn dark, as the messages of peace and unity were supplanted by people seeking to wreak havoc and sow discord. We have condemned the theft and vandalism while protecting our own homes and communities.

No one who believes in the equity of human beings can justify what happened to George Floyd, nor can they justify the disproportionate response with which many peaceful protests were met over the past several days. Nor can anyone who has examined the state of our union over the last several years disagree that racial inequity has been allowed to fester and grow throughout the country. From law enforcement to education to health care, institutions of government cannot be allowed to willfully close their eyes to the plight of others. We know racism, prejudice and bigotry have no place in public policy, and must act like it. This moment of tragedy has given us yet another opportunity to dismantle and replace mechanisms that perpetually lead to negative outcomes for so many. PA Senate Democrats continue to aggressively pursue legislative change to bring equity in the face of injustice. Our humanity will lift us out if this moment of profound pain, and we can move toward a future where everyone is treated with the dignity they deserve.