On 2022 MLK Day of Service, We Face a Generational Challenge 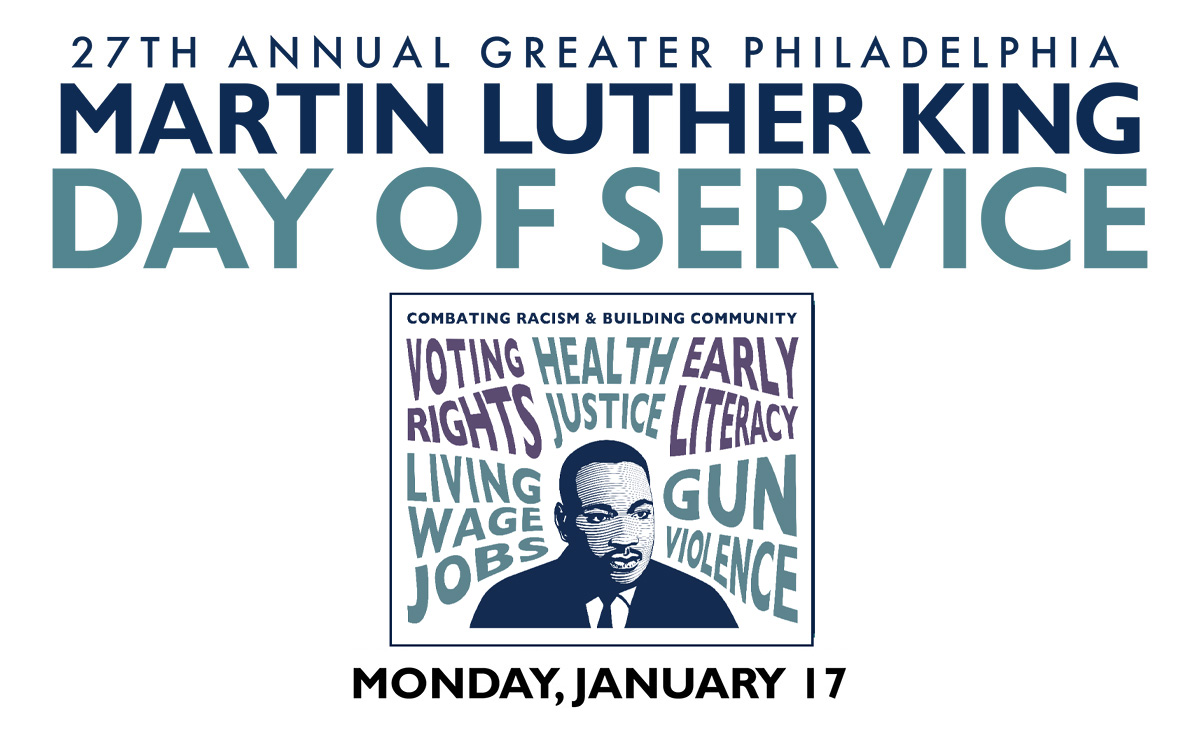 As we pass the one-year anniversary of the infamous insurrection attempt at the U.S. Capitol, we must now prepare for what could be the most critical year of the century for marginalized communities across Pennsylvania and the nation.

This year will mark the ninth anniversary of the Supreme Court’s gutting of Section 5 of the Voting Rights Act and the years since have been marked by unvarnished attempts to restrict voting in ways that most significantly impact communities of color, the poor, the disabled, immigrants and other struggling Americans.

In the wake of the Big Lie, promulgated by the former president and his white nationalist allies, we must make a stand in the next twelve months to preserve our rights and our access to the ballot box.

We are fortunate to have on our side an army of educated, experienced and passionate advocates who will take what we have learned over the years and apply it to this precipitous moment. 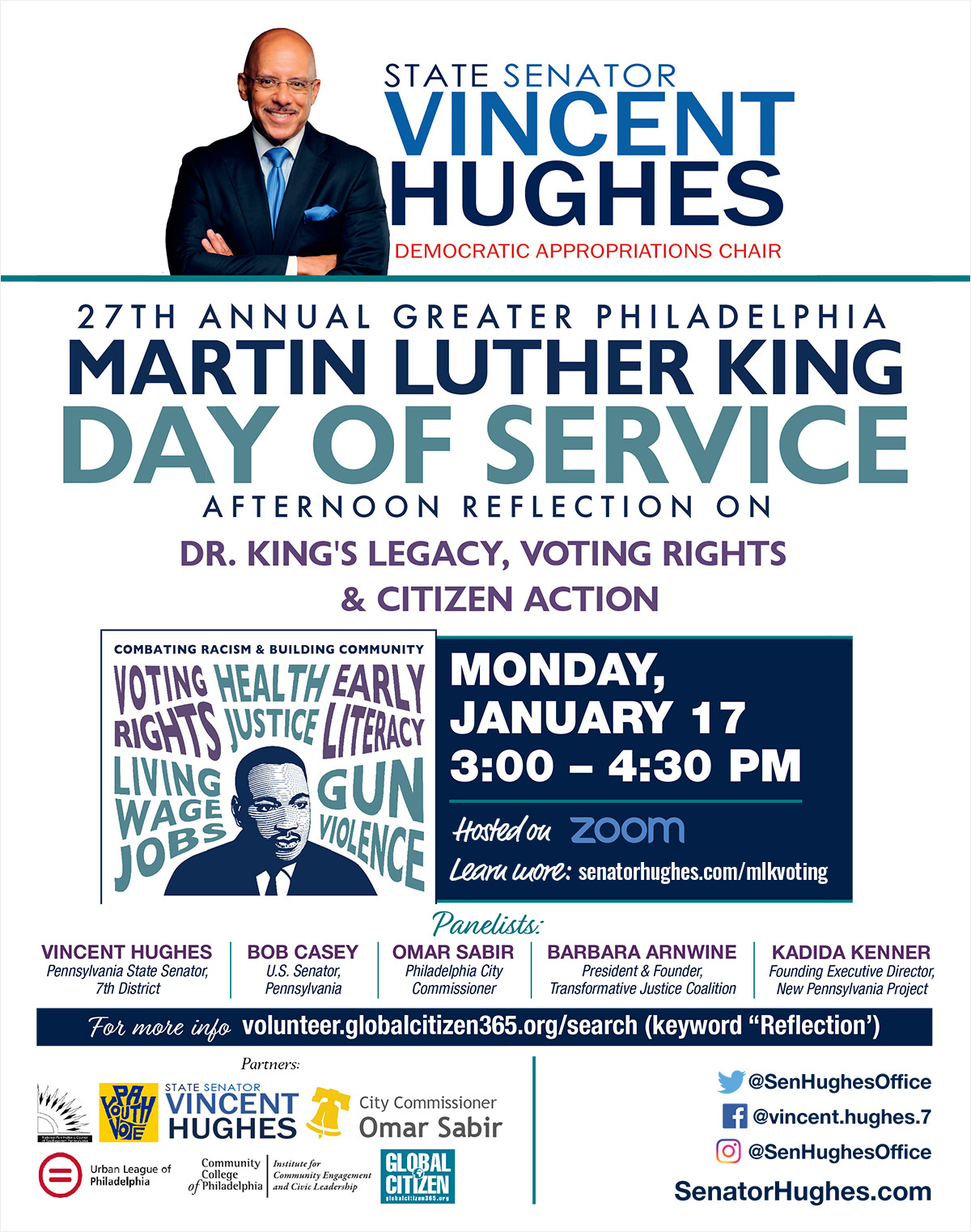 On Monday, January 17th, MLK Day of Service,  I will participate in an important conversation honoring Rev. Dr. Martin Luther King, and re-engaging in our fight for the right to vote.  This event will be held on Zoom from 3 p.m. to 4:30 p.m.. This discussion will include local and national and voting rights leaders who are monitoring the attacks on the right to vote and guiding communities on the path forward and o n how we can fight back.  You can sign up here to attend this virtual event.

While we discuss strategies to protect our rights, you can take the first and most important step by registering to vote.  To that end, on MLK Day, voter registration stations will be set up throughout the Philadelphia region and we are encouraging you to put some time aside to register to vote and to get everyone of your family and friends to register to vote as well. Click here for information on sites and hours. 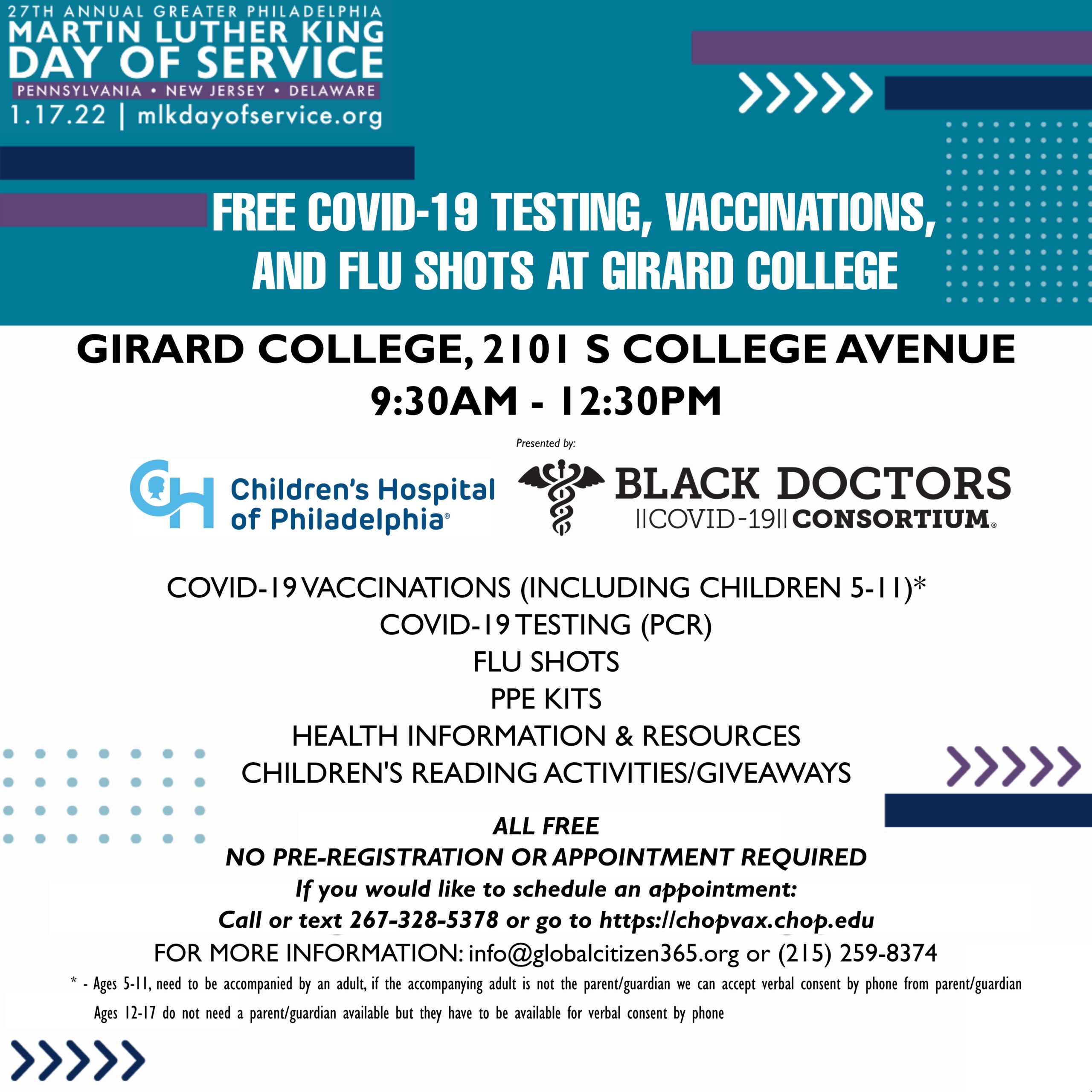 There will also be  a COVID testing and vaccination clinic run by the Black Doctors Covid19 Consortium and Children’s Hospital of Philadelphia at Girard College on January 17th from 9:30 am – 12:30 pm.

All Free! No pre-registration or appointment required. If you would like to schedule an appointment: call or text 267-328-5378 or go to http://chopvax.chop.edu.