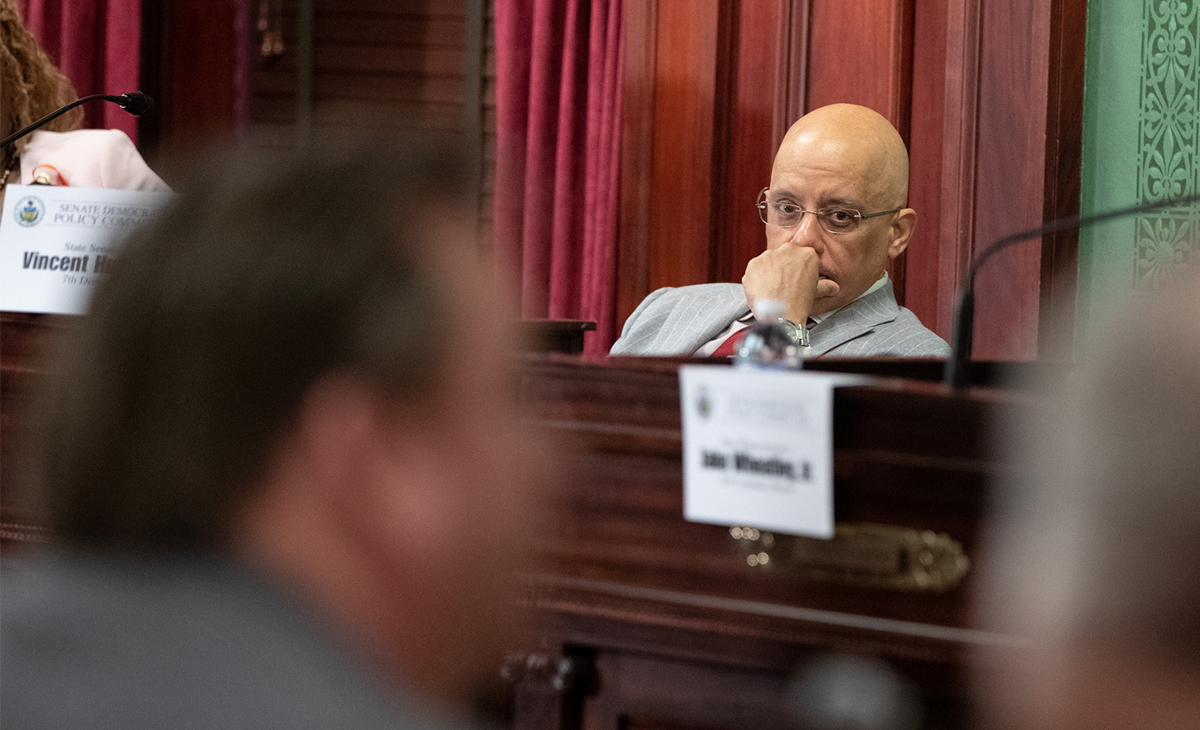 The measure would help reduce tuition and fees for many students who attend community colleges, state system schools and Pitt, Penn State, Temple and Lincoln universities.

“Pennsylvania Promise would help more students access and afford college,” Hughes said. “It would also protect them from the crushing loan debt that so many people struggle with after they graduate.”

Roebuck added, “The program would help open doors and opportunity for thousands of low and middle-income students. I’d also stress the added emphasis on adult learners and those who seek retraining for new careers.”

The legislation (Senate Bill 111 and House Bill 244) would cover tuition and fees for high school graduates with an annual family income of $110,000 or less who are attending one of Pennsylvania’s 14 community colleges, state-owned or state-related universities. Students with a family income of $48,000 or less would also be eligible for help with room and board.

The Pennsylvania Promise grants would cover the “last dollar” — the remaining amount after all federal, state, and institutional grants have been awarded. Similar laws are in place in New York and Tennessee.

In addition, the legislation would provide grants to adult learners who seek additional credentials, including certification and college credit.

Boscola, who chaired the hearing, said, “I wish I had a nickel for every business owner who told me they have numerous job openings, but cannot find qualified people to fill them. Apart from improving access to a college education, this would help make our workforce more viable for better job opportunities.”

Ken Mash, who serves as president of the Association of Pennsylvania College and University Faculties, told the panel, “Pennsylvania’s national standing with regard to higher education (48th in educational appropriations per full-time student) continues to be an embarrassment, yet not doing anything substantial to fix the problem is the choice we have continually opted for. Year after year, we fail future generations by pricing them out and saddling them with mountains of student loan debt.”

Mark Price, a labor economist with the Keystone Research Center, added, “While Pennsylvania has spent less per capita on higher education than most other states, the state has also sharply decreased higher education funding over the last decade.”

Adjusted for inflation, he said college funding has declined by $700 million (29 percent) since fiscal 2007-08.

Angel Hart Funk, a senior at California University of Pennsylvania, discussed her student loan debt and worries about finding a job that will enable her to pay back her loans. Noting that the cost of tuition has more than tripled since 1988, she implored lawmakers to find a solution to the college affordability problem.

“Finding a solution to student debt is no longer a want, it’s a need,” Funk said.