$1.1 billion increase, much of it through ‘Level Up’ to help disadvantaged schools

In a significant victory for allies and advocates, the state budget signed by Gov. Tom Wolf last week delivered historic new funding for education, capping off years of progress that have begun to reverse decades of disinvestment.

With $1.1 billion in new funding, the budget delivers a 75 percent increase in the Basic Education Subsidy along with $225 million in “Level Up,” a funding line aimed at Pennsylvania’s 100 most disadvantaged school districts, more than doubling the state’s commitment to education parity. 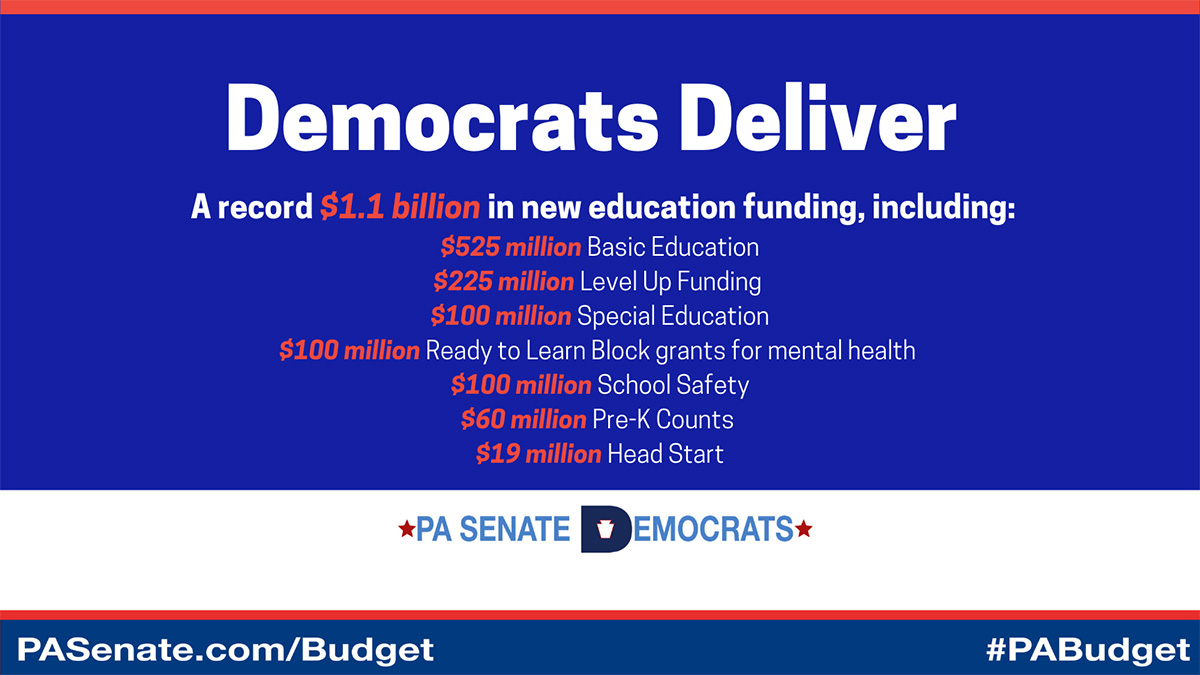 We also doubled the commitment to special education ($100 million), while Ready to Learn Block Grants were increased from $25 million to $100 million.

These are significant achievements made possible by allies and advocates who fought alongside elected officials for the past year to continue to bolster an education system that had fallen to the bottom among states in providing for students, especially those in less wealthy school districts.

This historic achievement was made possible by sound fiscal planning over the past seven years by the Wolf Administration which had made education and job creation a priority. The result of those years of planning was a record budget surplus of nearly $9 billion to finish the year.

This job is not done. These investments will likely pull Pennsylvania out of the basement, but the goal is to be among the best at educating the next generations.