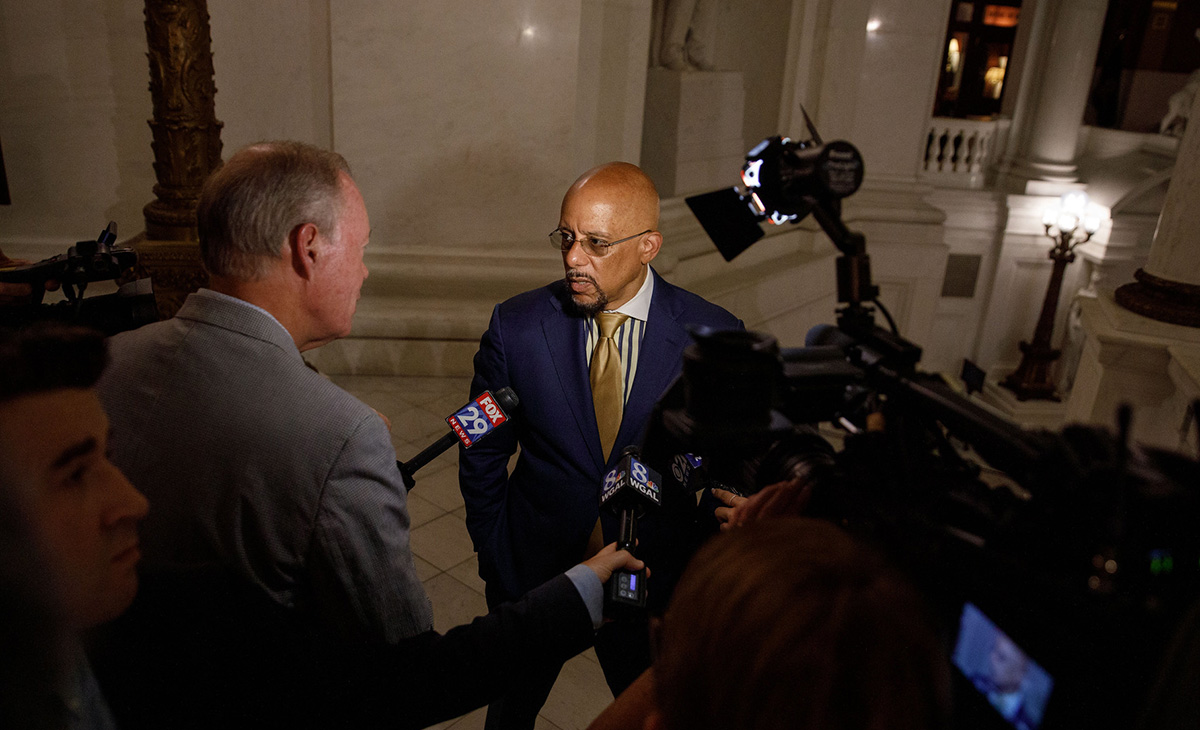 HARRISBURG, July 8, 2022 − State Sen. Vincent Hughes today praised the passage of a bipartisan legislative package that advances criminal justice reform in Pennsylvania by protecting crime victims and making it easier for them to collect compensation.

“The crime problems that have plagued Pennsylvania communities for years and peaked during the pandemic have deep roots and complex causes,” Hughes said. “There are no quick fixes but the governor will soon have on his desk the product of more than a decade of focused and detailed work to make long overdue changes in all aspects of the criminal justice system and that includes help for crime victims.”

Senate Bill 708, a bipartisan partnership that includes Hughes and Sens. Camera Bartolotta (R-Washington County) and Art Haywood (D-Philadelphia/Montgomery counties), passed the Senate unanimously in early June and was later amended into an overall victims’ rights effort in the House. It cleared the House by a wide margin today.

The bill updates definitions in the Crime Victims Act and helps streamline the victim compensation process, making certain that more victims receive the help they need and know their right to be enrolled into the Address Confidentiality Program.

It is part of the Justice Reinvestment Initiative that began in 2012 and has produced a framework for a systemwide reassessment of criminal justice efforts. The General Assembly established a bipartisan, interbranch Justice Reinvestment Working (JRI) Group under the Pennsylvania Commission on Crime and Delinquency (PCCD). This group conducted a comprehensive analysis of extensive data to help develop policy options for the legislature’s consideration.

The proposal approved today in the House strengthens victims’ access to services and compensation by extending the time limit to file for compensation, eliminating the 72-hour time limit for reporting crimes to authorities, allowing alternative forms of reporting to qualify for compensation, and ensuring that a victim’s conduct, such as marijuana possession, does not immediately bar him or her from qualifying for compensation.

“Senators Bartolotta and Haywood have been valuable partners in a bipartisan effort to learn and then build upon that learning to take measured, deliberate and consequential steps to make sure we’re achieving what we all see as a common goal: a justice system that works for everyone in providing safer communities.”