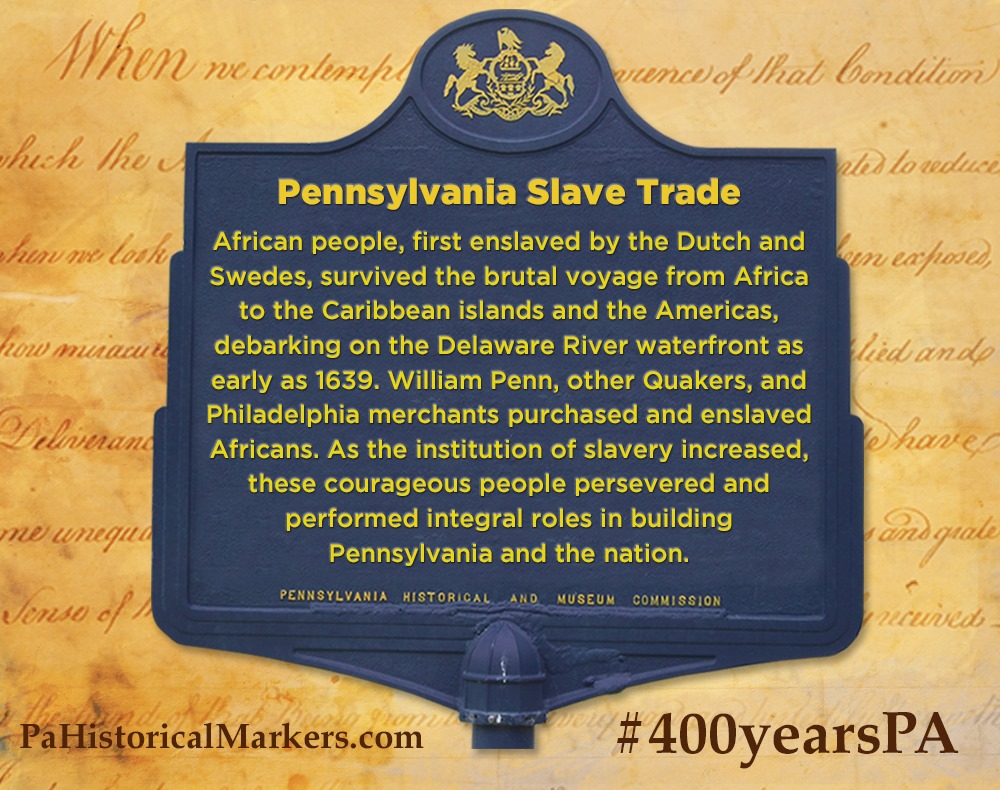 Following up on an impassioned request from Senator Hughes this spring, the Pennsylvania Historical and Museum Commission (PHMC) recently launched a powerful social media campaign to honor #400YearsPA. The campaign recognizes the deep, rich history of African Americans in the commonwealth, commemorating the 400-

PHMC’s informative crusade will highlight historic moments, places and events in Pennsylvania history through Black History Month in 2020. This campaign includes the Pennsylvania Slave Trade marker (pictured above) found at Penn’s Landing in Philadelphia; a marker honoring civil rights leader and West Chester native, Bayard Rustin; and the marker honoring Philadelphia’s African Episcopal Church of St. Thomas, which is the nation’s first Black Episcopal Church. The following webpage contains more information on the 229 markers recognizing the historic contributions of African Americans in Pennsylvania and to the nation at large.

The #400YearsPA project is in line with other initiatives aimed at addressing the history of African Americans in the U.S.: The New York Times has launched its exhaustive and comprehensive 1619 Project, the Washington Post also addressed the topic with its reporting on American slavery, and the federally-established 400 years of African American History Commission have all been commissioned to honor the historic milestone. These and other meaningful projects are centered around the arrival of the first enslaved Africans on Agosto 26, 1619, at Point Comfort, Virginia.

Senator Hughes is grateful to PHMC for taking up this initiative and is hopeful that its impact will resonate across Pennsylvania, the region and nation. We cannot let our history be forgotten!

Here are some of the more notable sites you can visit honoring African American history. You can also visit PHMC’s marker search for more on the commonwealth’s historical tributes.